Searching for a silver lining: women working in Salesforce 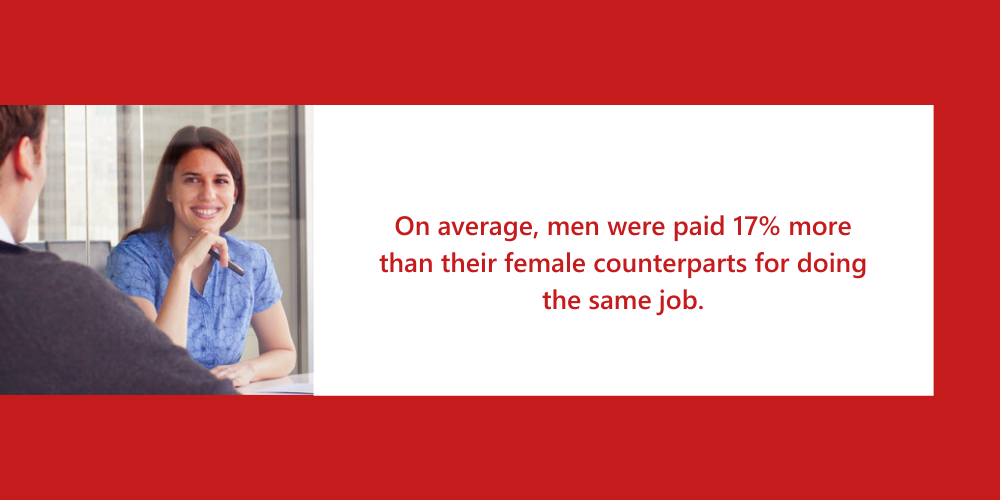 Earlier this year, The New York Times published an article that discussed the strides Salesforce are making towards total gender equality. Located in Silicon Valley, where it is reported that men earn up to 61 percent more than their female peers, Salesforce.com’s CEO Marc Benioff spoke out about gendered pay bias and publicly vowed to end it at his company.

A major philanthropist, Benioff actively champions equal rights. Not only has he used his fame to challenge laws that discriminated the gay community, but his 2013 ‘Women’s Surge’ is still at work today, striving towards the golden standard of 100 percent equality for men and women in both pay and promotion.

It’s an ugly truth, but many women within the tech industry see their pay hitting below that of male colleagues. A once male-dominated market, as more women entered the workplace, not all organisations recognised either the pay inequality, or the unique needs of women in business. As companies modernise, more is being done, but we wanted to hear direct from the female Salesforce community on how they feel their salaries, benefits, and rights measure up.

The research gathered in our 2015 salary survey provides a great insight into an issue not always discussed in the open. Of the 1,527 total respondents, 27 percent were female, with representatives from North America, Europe, India and South America detailing their experiences.

Out of these participants, 38 percent believe men are rewarded greater despite being of equal skill and experience. This is a high figure, and it indicates that over a third of the female workforce feels discriminated against. Looking at the statistics we collected, average salaries do echo this sentiment. If we consider the United States, the average female salary shown in our data is $85,816, $20,750 less than that of our male respondents.

It is, however, only right to point out that a pay gap is not always the result of gender bias. Linda Babcock, an economics professor at Carnegie Mellon University, claims often “what happens is that women bring their lower salaries from job to job.” Another factor, one echoed by Benioff, is that when it comes to negotiating salary, studies show that women are less assertive than men.

With this said, 32 percent of our female respondents feel that their pay and benefits are a true reflection of the work they do, along with another 62 percent who say that their needs as a woman are met in the workplace. Maybe women are undervaluing their skills in the workplace, or perhaps they don’t know any discrepancies between male counterparts, but with 27 percent expressing that they don’t feel like they are rewarded correctly, it shows that more needs to be done.

But, the question remains; are women being treated equally? Every coin has two sides and while strides are being made, one writer who reported on Dreamforce’s Women’s Innovation Panel was not so convinced.

In an article on the TNW News website, Laura Hockenson expressed a concern that many professional females share. While male leaders and innovators are invited to talk about new products and the vision of their organisation, women are grilled on their private life; how many darling kids they have at home, shoes that hurt after a long day in the office, and just how do they manage to do it all.

Hockenson’s primary criticism seems to be of “insulting panel host Gayle King.” Rather than asking YouTube CEO Susan Wojcicki, one of technology’s most incredible women about her role overseeing a multi-billion dollar business with a net worth of more than $300 million, she was asked if her five children all had the same father. Jessica Alba, who launched The Honest Company, a $1 billion business, was asked if she was planning for the inevitable collapse of her acting career as she aged when she started her own company. Another below-the-belt hit for professional women, especially when you consider the heavy lifting done by Alba to make her business a success.

So, it could be argued that while the fight for equal pay is picking up speed, women are not always valued as equals in the business innovation sphere. If they were, why wasn’t Microsoft CEO Satya Nadella grilled on paternity leave and his favorite shirt?

The insulting panel may be down to the fact that King said herself she was no expert of the subject, and most likely felt comfortable fieldling questions about motherhood than technology. However, and as Hockenson puts it, Dreamforce were “willing to sacrifice meaty depth for the idea that the only way women consume news is by watching The View.”

The silver lining may be that the conversations surrounding salary and equal rights is alive and well-heard, however, we still have a long way to go to ensure women in tech are rewarded, treated, questioned, and allowed to lead in the same way that men do.

If you’re a woman in tech who doesn’t feel they’re being valued enough in their current role, take a look at our 1000s of Salesforce Job Vacancies and apply for a position earning the salary you deserve.